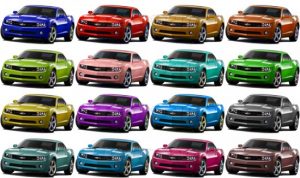 Chevrolet,  colloquially referred to as Chevy, is a division of General Motors (GM) est. 1911.  With the maxim “a car for every purse and purpose” they overtook Ford as the best-selling car in the United States by 1929. The brand has been active in Marketing the Rainbow, from gay vague and homophobia, to groundbreaking ads during the Olympics. 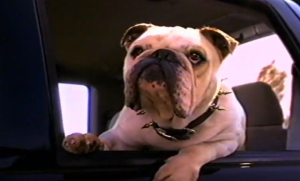 “Gay vague” is often used in commercials, ‘for a laugh’. Chevrolet did so in 1997. It’s a story of dogs, recognizable as male and female. It turns out to be a bit awkward. AdRespect says: “The ad could have played the same joke out with any change — the car and Afghan were gone, another female dog or person is now watching, etc. — and instead chooses a male dog (or is it a “Bulldog dyke”?) for a homophobic laugh.” 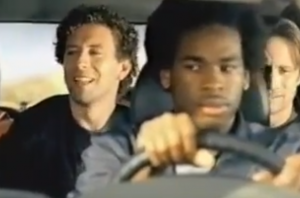 In 2003, Chevrolet wanted to make fun of (non-)masculine behavior with an homophobic ad. A red Chevy truck packed with five young men roars down the countryside as Shania Twain’s “Man, I Feel Like a Woman” plays. The center man in the back seat starts singing along, serenading his friends with an off-key rendition of the song. What follows is awkwardness and uneasy looks. The narrator says, “If you’re ever uncomfortable in a new Chevy Colorado coupe cab, it won’t be because a lack of space.”

The ad got mixed reviews from Advertising Age critic Bob Garfield, who called it “kinda cute and kinda homophobic.” The company thought better of the commercial and later modified the narration to remove the reference to being “uncomfortable.” 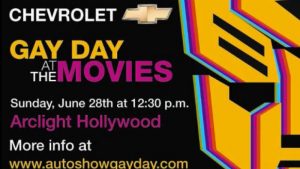 In 2009, Chevy sponsored Gay Day at the Movies, to promote the release of Transformers: Revenge of the Fallen. This movie featured a bunch of General Motors vehicles, not the least of which is the 2010 Chevrolet Camaro that plays the leading role of Bumblebee. A video was produced to promote Gay Day at the Movies featuring a pair of “Bumblebee Boys” in Camaro-branded briefs washing the Bowtie brand’s pony car revival. Apparently, GM pulled the ad after a single day for being “tasteless” – although it was not shown in the mainstream. 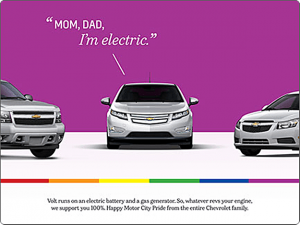 In June 2012, just in time for Detroit Pride, Chevrolet had a coming out of sorts. The advertisement for the eco-friendly Volt car appeared in Between the Lines, a Detroit-based newspaper that targets the city’s LGBT community. The text underneath the picture read: “Volt runs on an electric battery and a gas generator. So, whatever revs your engine, we support you 100 percent. Happy Motor City Pride from the entire Chevrolet family.”

Noting that LGBT shoppers tend to be “significantly more eco-friendly than the rest of the population,” The Car Connection believes it’s smart for Chevy to promote the hybrid electric vehicle to “a predominately sympathetic audience.”

It seemed to be working. Gaywheels’ Joe Muraglia observed later: “the Volt is “over-indexed” in the gay community, meaning there are more of them than would be expected, but maybe that’s just because it’s a very green car.”

For the opening ceremony of the Olympic Games in Sochi, which were marred with controversy due to the Russian anti-LGBT laws, Chevrolet made the bold move to include both a gay and a lesbian couple in their commercial. It was part of their campaign called “The New Us” and portrayed a series of wide-ranging families: mixed race couples, adoptive parents, both gay and lesbian parent families, single parents, and others. 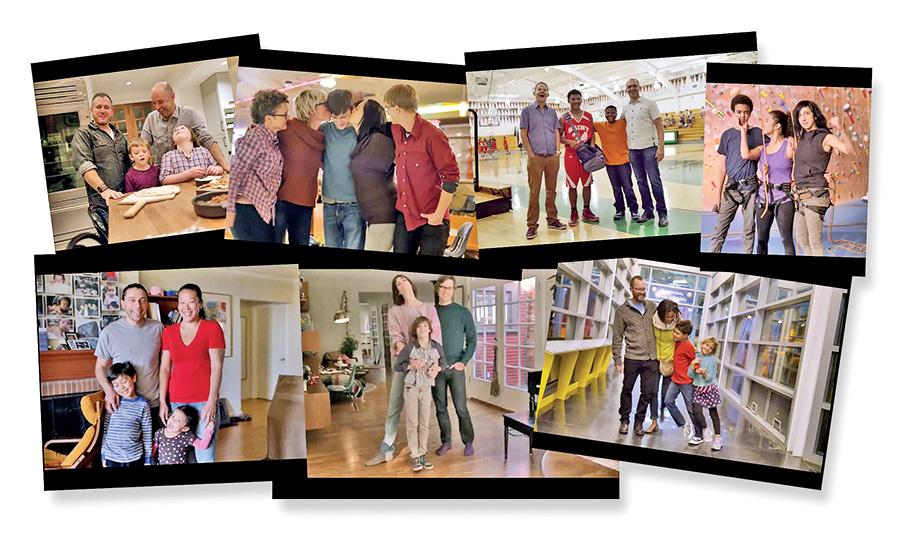 “And while what it means to be a family hasn’t changed what a family looks like, has. This is the new us.” This was one of two gay-inclusive spots from Chevrolet on the Olympics opening ceremony. In the other one they showed a same-sex wedding. It was the first time any advertiser has done so during the Olympics. 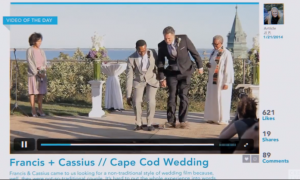 “Chevrolet has nailed it with ads that truly reflect the fabric of our nation, which today includes gay and lesbian families,” said GLAAD President and CEO Sarah Kate Ellis. “Recent LGBT-inclusive ads like these not only raise the bar for the advertising industry, but also reflect the growing support and acceptance of LGBT people.” The press was positively impressed as well. ‘Of course’ the reactions to Chevrolet’s all-inclusiveness included the right wing righteous groups, who, while swearing and cursing, promised never to buy a Chevrolet again.

Chevy was not an official sponsor, and didn’t comment on the Russian laws specifically, instead saying in a statement that “these ads … are not intended as any political commentary.” 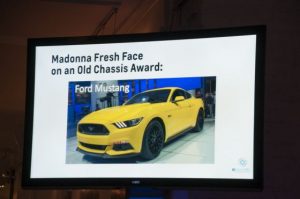 In the same year Chevrolet and GM Diversity Communications hosted an evening for LGBT community members: a Gay Night Out at the Chicago Auto Show. Guests were treated to an evening of food, drink and vehicles, co-hosted by leading LGBT automotive journalists Aaron Bragman (Cars.com) and Steven Ewing (Autoblog.com). The duo gave an hilarious overview in the form of an awards show, which included the Toyota FT-1 receiving the Dustin Lance Black Best Twink Magnet Award, the Corvette Z06 getting the Khal Drogo Most Butch Award and the new Ford Mustang being honored with the Madonna Fresh Face on an Old Chassis Award.