They were quite late to get on the rainbow train, well, bus: only in 2017 they launched a first campaign in support of the LGBT community, by wrapping a bus in the rainbow. Lovin Dublin observed: “The message on the side of the bus reads “get on board with Pride“, and they most certainly are.”  In addition to this, Dublin Bus donated 500 poster spaces to Dublin Pride to promote the festival.

This was some two years after same-sex marriage became legal in Ireland, via a referendum (so: public support). Until 2017 Dublin Bus supported Pride by donating an Open Top DoDublin bus to the parade, advertising spaces on bus and through its social media channels. That year they wrapped a bus in the rainbow colors.

The next year they went a bit further, by producing a beautiful and emotional clip called “Proud Dads”. In this video, a number of fathers go to their unsuspecting LGBT children to tell them they are joining them for Pride.

This was followed in 2019 by “The Long Road To Pride”, in which elderly LGBT people are invited by younger ones to participate in Dublin Pride.

Dublin Bus: “For many, the road to Pride is a long one. This year, we were lucky enough to give some older members of Ireland’s LGBTQ+ the Pride they never had. We hope you enjoy it as much as we enjoyed being a part of it.”

In 2020 they teamed up with charity BeLonG To for a campaign highlighting support services available for LGBT+ youth in  Ireland and to raise awareness around the ongoing struggles faced by the community. A visual campaign was rolled out across 100 buses for two weeks as a reminder that ‘Growing Up LGBTI+ Isn’t All Rainbows’. 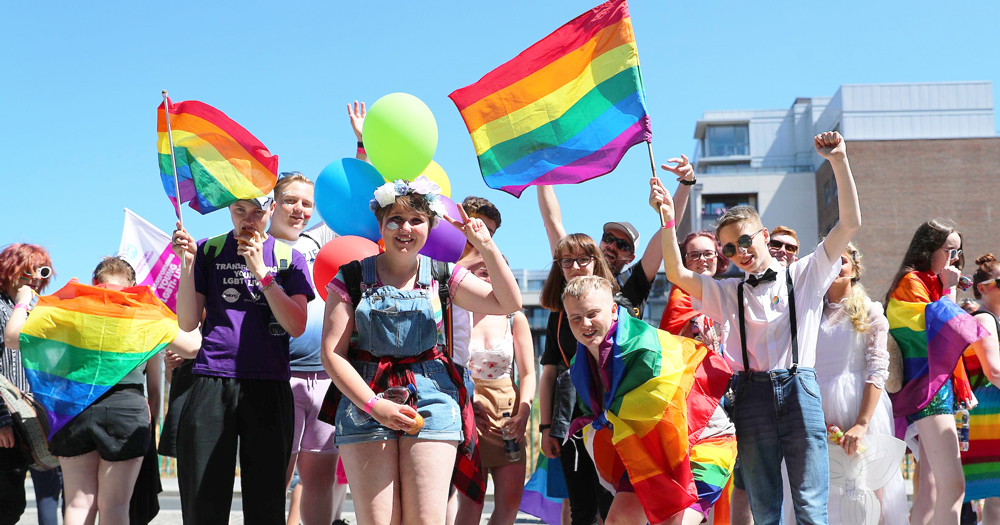 BeLonG To CEO, Moninne Griffith: “It can be very difficult for some young people and we hope that the visibility of our information and images of happy and smiling young LGBT+ people across 100 buses in the Capital will encourage young people who might need help, to reach out and know that there are people and organisations like BeLonG To here to support them.”